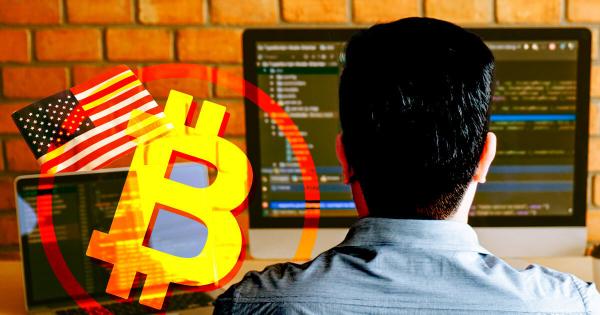 Bitcoin (BTC) investment firm NYDIG’s report revealed that 35.1% of Bitcoin’s core developer team is residing in the U.S., and the core team grows by 5 to 20 people every month.

There have been countless developers who actively took part in updating, maintaining, and enhancing the Bitcoin network since its launch on January 2009.  NYDIG’s report examines the technical development of this open-source technology.

Size of the developer team

The average monthly number of active unique developers for Bitcoin Core varies between 40-60. The same number ranges between 600 to 1000 for the broader ecosystem.

The change in both numbers shows significant correlations to Bitcoin price cycles.

Demographics of the developer team

While the identities of most developers are unknown, their geographical data is accessible.

NYDIG individually examined the location of each developer and revealed that a big majority of them (35.1%) are residing in the U.S.

The report also states that the core developers team grows by 5 to 20 people every month, while the number of developers that contribute to the broader ecosystem increases at a much faster rate depending on the price movements.

The numbers also examine the age data of the developers to reveal that over half of the contributions have come from the developers who joined since the 2017 bull run.

Satoshi mined the Genesis Block on Jan. 12, 2009, and sent 10 Bitcoins to Computer Scientist Hal Finney, which became a part of the early developer team. In the following years, numerous crypto enthusiasts joined the team, including Laszlo Hanyecz, who bought two pizzas for 10,000 Bitcoins at the time.

Satoshi was actively contributing and updating the code until the end of 2010. After he distanced himself from the project, the Project Leader and GitHub Administrator roles got distributed to a few others and changed hands every few years.